New York Festivals launched their first Executive Jury in 2011. The decision was made to add an additional jury to the judging mix that would come together as a live jury panel and select trophy winners base on the Shortlist chosen by NYF’s online international Grand Jury. NYF enlisted the industry’s most respected and admired creative minds as judges and provided them with a judging system that allows for careful evaluation, accuracy and the opportunity for debate.

“The New York Festivals’ Executive Jury was one of the first, if not the first, to create an executive board to vote together in all of the Festival’s categories, and that is simply fantastic. Because the jury can have the exact notion of the whole and evaluate each piece in a more careful and grounded way. Obviously, winning becomes more difficult, and this often drives the inscriptions away, but the organizers' courage also fascinates me.” –Hugo Rodrigues Chairman/CEO, WMcCann Brazil

This year’s judging sessions kicked off April 20th with a jury of 32 members strong representing 17 countries. Jurors assembled together sequestered in a darkened room, armed with iPads programmed with NYF’s judging app ready to review shortlisted creative campaigns in all media from around the globe. The Executive Jury, through multiple rounds of collaborative judging, determine the 2018 World’s Best Advertising® award-winners.

2018 Executive Jury member Nicky Bullard, Chairwoman & Chief Creative Officer of MRM Meteorite UK said, “I thought it felt quite grand actually walking into the room, it felt like we were in the United Nations…at first it’s quite daunting just sitting in the dark, doors get shut, ‘oh my god we’ll be here until 9 o clock at night’ You do feel like you’ve been locked away but it’s actually brilliant for focus.”

Enlisting award-winning creative leaders from all regions insures that NYF’s Executive Jury offers a 360-degree global perspective of the industry today. The advantage of judging on a panel with 32+ likeminded peers who are at the same career level provide the jurors the space for passionate, opinionated discussions. And reviewing all media across all competitions allows jurors to focus on the creative work and gives them the opportunity to review and debate the year’s advertising efforts.

Swati Bhattacharya, Chief Creative Officer for FCB ULKA India had this to say about the jury, “When you look at the lineup of the jury, you want to belong to that list. Everything that gets spoken or felt in the jury room will add to my life as a CCO and also to my craft as a writer.”

“The NYF is one of the most respected awards in the world. The Executive Jury is a selection of the most known and highest awarded worldwide creatives,” said Doerte Spengler-Aherns, Chief Creative Officer, Jung Von Matt /SAGA Germany.

The two-tiered judging system that emerged back in 2011 brings together two powerful juries by combining the shortlist selected by the Grand Jury and the trophy round determined by NYF’s Executive Jury. Each entry is given the utmost consideration. The two distinct panels of internationally respected creatives cast over 400,000 votes to select the World’s Best Advertising. The Shortlisted creative work that advances has already been carefully screened by the Grand Jury and deemed worth of advancing towards trophy consideration before moving on to the Executive Jury stage of judging.

“I consider the New York Festivals to be one of the major creative festivals in the world, so naturally it’s an honor and a privilege to be part of the jury. But beyond the prestige, I think that one of the most interesting things about the festival is that fact that the members of the jury get to judge all the categories. This gives us an overview of international creativity, but also and above all, the possibility to assimilate the rules of each category and therefore best judge the pertinence of the ideas.”— Jean-Francois Sacco, Co-founder/Chief Creative Officer, Rosapark France.

The Executive Jury begins its process of reviewing the shortlisted entries across all media utilizing NYF’s unique three-criteria judging system: Idea, Relevance, and Execution. The system is weighted as follows: 40% of the vote based upon the concept/idea, 35% is graded on its brand and market relevance, and 25% is determined from its production/execution. The thorough process results in the jury determining the winning selections for First, Second, Third, and Grand Awards, in addition to Best of Show. 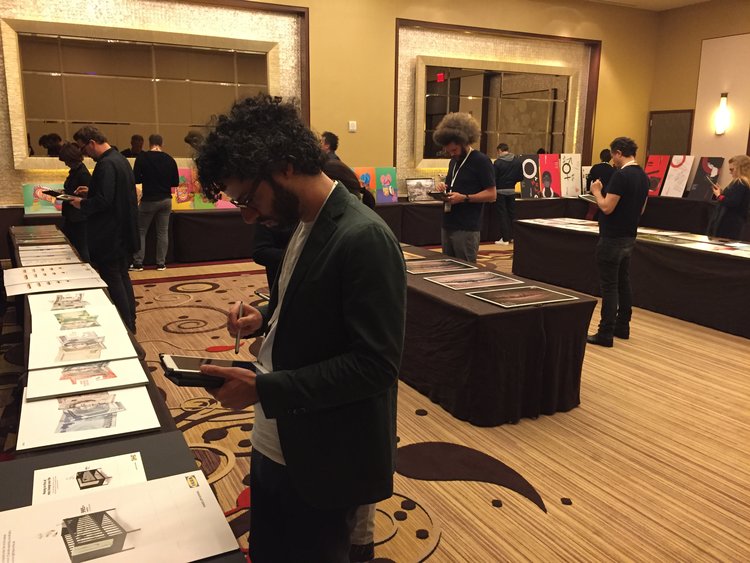 “New York Festivals has this 3-tier process that makes you judge the merit of each idea in the three aspects… the 3 aspects are very important. First of all, the idea itself needs to be surprising, needs to be different, needs to be new, but that’s usually as far as awards shows go. The next thing that you judge is relevance, and relevance it tricky because it could be relevance of the idea to the problem or the idea to the product or the idea to the brand… but once you establish what relevance is going to be for you it’s really useful. Execution and craft and the way things are done is the difference between success and failure. If you have the best design and best idea and you build it badly, your building will fall. So, I really like how it makes each of us think,” said Jose Miguel Sokoloff, Global President/Chief Creative Officer, UK MullenLowe Group UK.

In judging all the entries together across all competitions, NYF’s system addresses the issue of inconsistency with respect to the final results that might occur when you have divided juries. And, using the three criteria not only improves accuracy, it changes the way in which NYF’s jury members evaluate each entry thereby providing more accuracy with their scores.

“I like breaking the judging system down into the three categories. It forces you to think about if you are unclear or say like a certain aspect of a case or idea, it allows you to tailor your feelings towards what you like about it… and that is a really nice way to judge,” commented Graham Lang, Chief Creative Officer, Juniper Park/TBWA Canada.

“The judging system is quite creative, and the quality of discussions is very very high because all the people are above the CCO level and they know very well what the point is of the work,” –Masaru Kitakaze, Worldwide Chief Creative Officer, Hakuhodo Japan

NYF’s judging process received numerous accolades throughout the 4 days of sessions, Mick Blore, Chief Creative Officer for McCann Worldgroup South Africa commented, “I’m really enjoying the judging process for a number of reasons, first is the fact that the judges here are all equal there’s no chairman or chairperson of the jury which I think allows for less lobbying and less competition and more honest judging which I think is important. It’s refreshing because a lot of the other shows don’t do that,” said Blore.

R/GA’s EVP/Chief Creative Officer, U.S. Taras Wayner said, “The 3-tier judging was really helpful, being able to break it down between concept and relevance and execution allows you to think clearly through what you think of a project… I think it’s a more honest definition of how a piece was created rather than just saying I love this piece.”

During the judging sessions there are often entries that deserve to be reconsidered for an award.  NYF’s “Mulligan Round” provides the opportunity to present an entry for a second review on behalf of the entry that deserves to be considered by their peers.

“I think it’s a very smart idea, let’s be honest it’s a tough judging process, and sometimes things fall out of your sight and so it helps that someone can raise their arm and put it back in,” added Gerrit Zinke, Chief Creative Officer & Partner, thjnk Germany.

“I think it’s a great idea and it gives you a chance to stand up and talk about it and really champion something. And we all know as judges when someone champions something they might have spotted something you haven’t likewise, if someone challenges something you might think is wonderful…that’s what is wonderful about judging,” said Nicky Bullard.

NYF’s Grand and Executive Juries are dedicated to the evaluation of the work; their ability to recognize trends and innovation ensures each entry is judged thoroughly with the attention it deserves. The trophy-winning work honored at New York Festivals annual New York Show taking place on May 17th is the result of this jury’s dedication to creativity.

Graham Lang, who also served on the inaugural Executive Jury in 2011 commented, “It’s been amazing to see the show continue to attract the best work and the best people.”

Executive Jury member Matt Eastwood, who has served on multiple years had this to say, “The thing I have always loved about New York Festivals is that the jury gets to judge everything. And that’s quite rare in a show, it takes a lot of effort and a lot more work. But I think it’s really good and the thing that I like is I feel the responsibility as a juror that we are curating a show and have access to all the work, and to be able to curate that, and to say as a collective that this is the best work of 2017. I think that’s really good.”