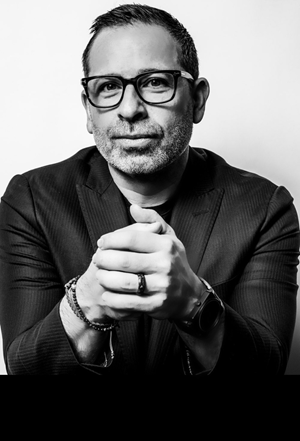 Paul Marobella is currently the President and Chief Marketing Officer of Republic Brands, a global consumer packaged goods company that manufactures and markets an iconic portfolio of brands including JOB, OCB, E-Z Wider in the fast-growing category of rolling paper and roll-your-own products. He is responsible for overseeing all U.S. commercial activities including e-commerce, community development, brand portfolio management, marketing, sales, customer service and research

Immediately prior to Republic Brands, he enjoyed 8-years, most recently, as the Chairman and CEO of Havas North America where he successfully led the network to a turnaround and growth for the highly-critical region within the global holding company.  He architected the strategy for the firm to be The Most Meaningful Partner To The Modern CMO and led the team to be recognized as a Best Place To Work multiple times through a commitment to industry-leading DEI programs, winning marquee new business, leading M&A with 6 deals creating considerable incremental value for Havas. He also developed the plan for modern marketing innovation creating the industry’s first AI-powered customer journey tool, Arcadia and co-founded the Annex Consultants of Culture model inside of Havas scaling to $50mio in 3-years in 5 U.S. cities including inside the Capitol Records building. His teams have won scores of creative awards including Pencils, Lions and Clio’s including a Cannes Lion Titanium shortlist for the First Ad In The Blockchain for TD Ameritrade.

His career has been equal parts digital, data and media-fueled creativity having spent 8-years prior to Havas at the digital experience division of Accenture Interactive, Wirestone and before that driving digital, media and creative innovation at world-class consulting and creative companies for the CEO and CMO’s of top brands including IBM, Microsoft, Jordan Brand, Nike, Adidas and many more.

Paul sits on the Board of Directors for Scorched Ice, a sports IoT data and intelligence start-up and Broadstone Technologies, an MIT-born cybersecurity company.

Paul is passionate about improving diversity and representation in both the marketing industry and the game of hockey. He currently sits on the National Hockey League’s Diversity and Inclusion Council, the advisory board for the Chicago Blackhawks Foundation, Chairman of the Inner-City Education Program in Chicago focused on changing the color of hockey through education and is a board member of the oldest boys and girls club in Chicago, Off The Street Club.

Recognized as a thought leader in modern marketing, Paul has been a guest speaker at dozens of conferences including Advertising Week, The Cannes Lion Festival, Mirren, The Paley Media Center, CES and more. He’s been quoted in Forbes, The Wall Street Journal, New York Times, Chicago Tribune, Digiday, Advertising Age, Campaign, Adweek and appeared as a podcast guest on many shows including AdAge Ad Lib, The Executive Athlete Podcast, The Smart Athlete Podcast, The Empathy Edge Podcast and The CEO Forum. 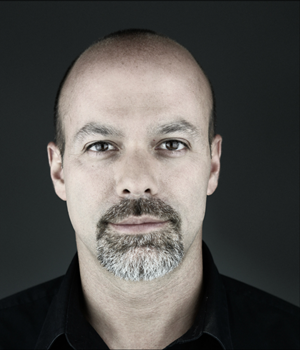 Luis Casamayor has more than 20 years experience in integrated marketing, advertising, and design, and has led Republica Havas to earn numerous national and international creative awards.

Before co-founding our agency in 2006, Luis was the president of Cosmyk, a design and creative agency he first started in 1994 as a graphic design studio. By 2001, the company had evolved into a full-service marketing agency offering additional services such as broadcast advertising, media and interactive. He built Cosmyk into one of the premier Miami-based creative agencies, acclaimed for its breakthrough campaigns.

Over the years, Luis has provided clients with fresh thinking, dedication and a true understanding of business objectives. His deep relationships with creative partners in all relevant areas, including multimedia production, film, printing, and photography as well as event marketing allow the agency’s award-winning campaigns to be executed at the highest level.

Named a Global Agency Innovator by The Internationalist, Luis’ passion for his clients comes to life in Republica Havas’ award-winning work for many brands, including Walmart, Toyota, Google, Baptist Health, Universal Orlando Resort, BankUnited, NBCUniversal and the Gates Foundation, to name a few.

Luis has served as a judge for numerous creative competitions, including the Media Mind Rich Media Awards in New York City. He serves as the advisory board member of the Florida International University (FIU) College of Communication, Architecture + The Arts, and also as a member of Civic Nation’s Creative Alliance, the Art Directors Club, and the American Institute of Graphic Arts (AIGA). 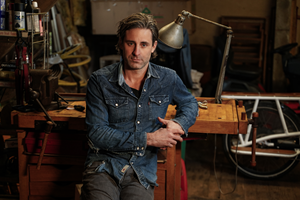 Tyler DeAngelo is CO-ECD at movement marketing firm StrawberryFrog where he oversees the creative department.

Prior, he was part of the leadership team responsible for developing internal creative capabilities at WME | IMG.

Prior to WME Tyler helped launch Intel’s global advertising and branding campaign as well as led creative development on Verizon. Over the past 10 years, his distinct approach has produced work that is entertaining and effective – without looking or feeling like traditional advertising.

Tyler is also one of the founders and continues on the board of Jane Do, a chain of female empowerment based fitness studios. 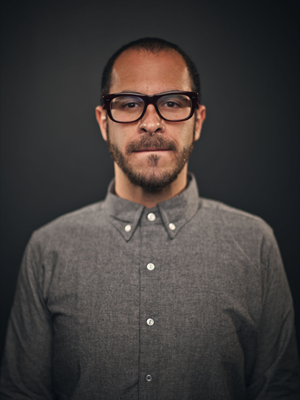 Icaro is the Chief Creative Officer of Hill Holliday, where he is responsible for the creative vision of one of the most legendary agencies in the world.

Prior to Hill Holliday, Icaro was the Global Chief Creative Officer for Havas Health & You, the largest Health focused advertising network in the world, where he worked with over two dozen CCOs in nearly 60 offices around the globe.

While there, he led the rebranding of the company and pushed for digitally led non-traditional ideas that connected with people on an emotional level.

Before Havas, Icaro was the US CCO at Arnold Worldwide, where he completely revitalized the agency’s creative reputation and pushed its work away from traditional TV into big ideas that earned a disproportionate amount of attention. Carl’s Jr., Hardee’s, Sam Adams and Hilton were among the new business wins, which complimented the fact that the agency had its best-ever result at Cannes, D&AD, the One Show and the Effies.

Prior to Arnold, Icaro was the CCO at DDB NY. During his time at DDB, he led the creative department to important new business wins, bringing Heineken, Tecate and Dos Equis as well as Time Warner Cable to the agency portfolio. DDB NY was the most-awarded DDB within North America for his entire tenure with the agency.

Icaro was also the founding partner and CCO of Wieden+Kennedy São Paulo, where he started the agency at his partner’s kitchen table and led it to a 200-person shop after winning global, regional and local pitches that included Coca-Cola’s FIFA World Cup Global AOR, Heineken, Nike, Diageo, Mondelez, P&G and a handful of Brazilian iconic clients. Through five years of his leadership, Wieden+Kennedy SP became one of the most respected agencies in Brazil.

For seven years, he also worked alongside Hall of Famer and late basketball legend Kobe Bryant on several projects, from Kobe’s 20th year with the NBA to an effort to keep American kids in sports.

Icaro has judged and won all major creativity and effectiveness awards in our industry several times over, being ranked by Ad Age as the most-awarded creative in the world in 2008. 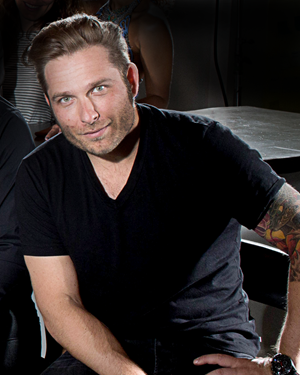 For Battery founding partner/CCO Philip Khosid, advertising is the culmination of his experiences trying to live the biggest life possible. As for those experiences, Toronto-born Philip was planting the seeds of a young Art Director early on, designing flyers and animated visuals for the 90s club scene. The most fortuitous mistake was ignoring his pre-med studies at university, with those carefree days (reckless, some could say) informing Philip’s approach to leading both creative and strategy at Battery.

Previously, he was the Executive Creative Director of DARE NYC, LA and Toronto, and also led teams at Grey Worldwide and BBDO. Launching Battery in 2014, Philip assembled a team of top creatives from Chiat, Deutsch, Saatchi and 72. Since then, the agency’s work has seen accolades from the big five awards shows, and in 2016, Philip was also named among AdAge’s 40 under 40.

Given his anti-establishment spirit – part punk, part pirate – paired with his ‘live the biggest life’ philosophy, it’s no surprise that Philip doesn’t consider ‘vice’ a dirty word. As he says, “Exploring a vice means you aren’t blindly consuming; you’re becoming an expert and connoisseur of something with intent. It only turns negative when it becomes over-consumption.”

Philip’s instinct for reexamining the popular point of view comes through in the work that Battery produces – advertising created for clients and consumers, not for industry peers. (“We’re monopolizing someone's time without their permission. I think we owe it to them to entertain them in one way or another.”) Whether that calls for pyrotechnics and effects, or deafening silence – it always starts with the biggest, purest form of an idea. Then, says Philip, that idea needs to be constantly questioned and pushed against. “Not to shock for shock’s sake, but let’s not sit around with platitudes. I want to get to the morsel of the truth - that’s when advertising becomes an art form.” 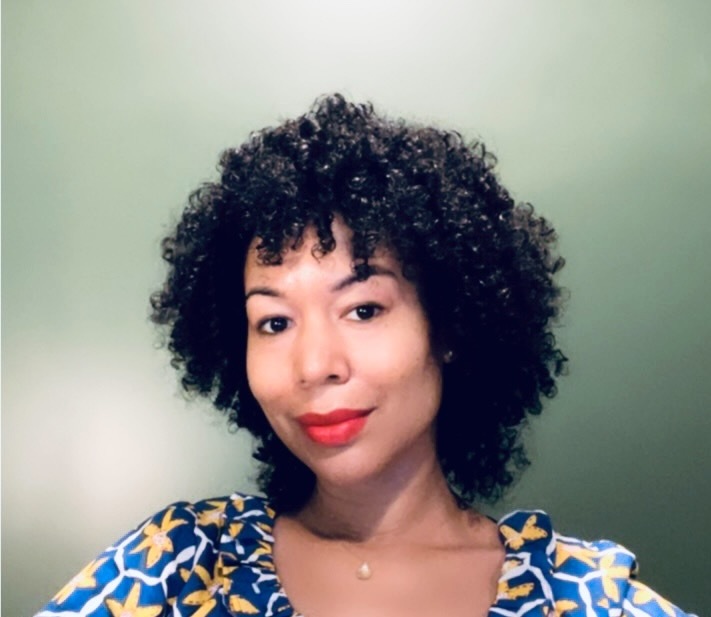 Adriana Nova is an award-winning creative director and writer who specializes in digital and social media writing, content, branding, and strategy.

She serves as SVP, Creative Director at Twelvenote, an agency of the Lippe Taylor Group. There, she leads creative for the Bayer portfolio (Aleve, Bayer Aspirin, Claritin, and Midol, among others), Citi, and Jergens. Specialties include executive branding, brand tone and voice, and internal marketing.

Previously, she was Associate Creative Director at VaynerMedia, overseeing MasterCard, Revlon, and Spotify,
and Unilever (Dove, Dove Men + Care, Knorr, Vaseline), Rémy Martin, among other brands. Prior to that, she both founded and directed the social media departments of New York magazine and ideel, respectively. She began her career at Penguin Random House, then served as Manager of Fellowship Services at The New York
Public Library's Cullman Center for Scholars and Writers.

As a speaker, she has given talks at MPA - The Association of Magazine Media Conference, New York University, S.I. Newhouse School of Public Communications at Syracuse University,
Baruch College, and FindSpark.

She has been named to the FOLIO:
100 list of influential and impactful media professionals.