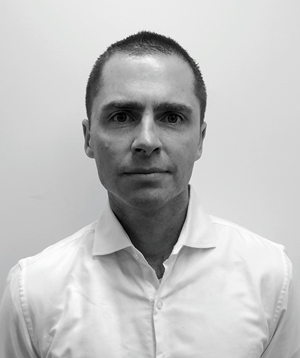 As the Chief Experience Officer of Organic, Andrew leads an ensemble creative department focused on building resilient brands through digital transformation. Throughout his career he has focused on developing novel solutions to complex problems at the intersection of design, technology and culture. His passions include team development, organizational optimization, and new business. He has helped create experiences for BlackRock Financial, National Instruments, Whole Foods, American Express, Goodyear, CVS, Stoli, Carters, Chipotle, and Taco Bell.

His work has received top industry honors, been featured in FastCompany and CommArts and he has served on award juries for The ONE Show and Digiday Mobi Awards as well as being featured by Ad Week as a Mobile Innovator.

Andrew lives in NY with his wife and human-sized dog. 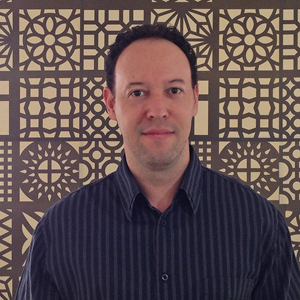 Considered one of the most important Northeast Brazilian creatives of his generation. With more than 20 years at the industry, helped building successful regional and national cases for brands such as Apple, Carrier, Castrol, Honda, GM, and many others.

Named one of the "Ten most influential creatives in Brazil in 2009" by AdvertLatina. In 2016, was named by Brazilian media the Brazilian creative that most attended to creativity juries in the early 21st Century.

In addition to his advertising activities, he is university professor and fine artist, and took part at individual and group exhibitions in Argentina, Brazil, United States, England, France and Ecuador. 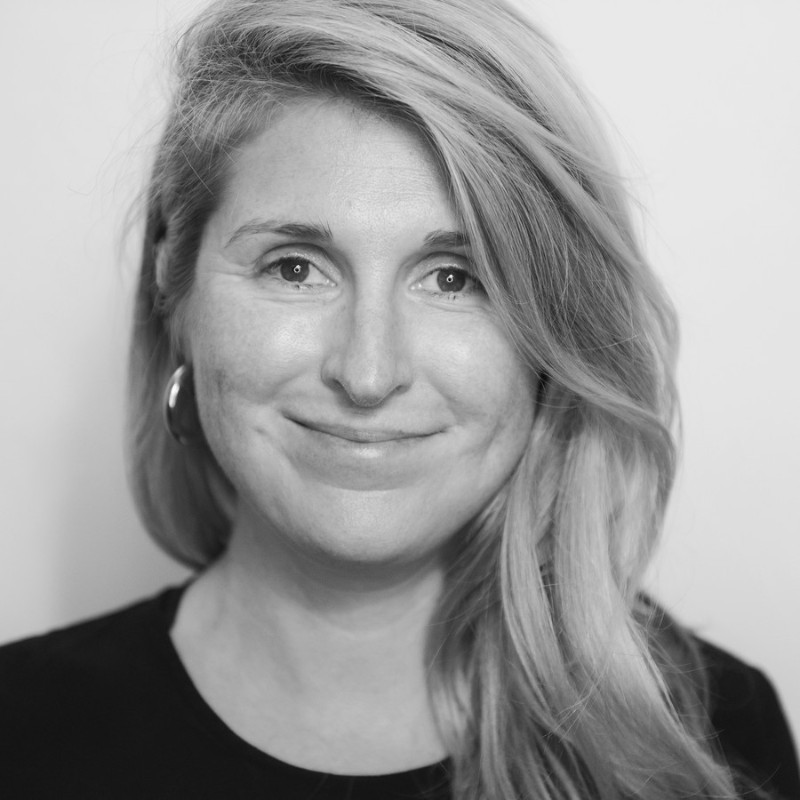 Kim is an Associate Creative Director (Art Director) at Publicis New York. Prior to that she worked at Razorfish and Ogilvy in New York, and M&C Saatchi Sydney. She is a strong believer of non traditional ideas and that they are the only way to move the work and the world forward.

Her work has been awarded at Cannes, OneShow, D&AD and AWARD. 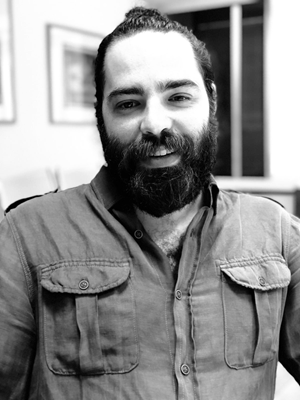 After graduating from university in the United States, Deniz returned back to his country Turkey in 2006 and started his advertising career as a copywriter. In 15 years, he has mostly worked for network companies such as TBWA, VMLY&R and Wunderman Thompson.

He is currently serving as the creative director for Concept, a local agency in Istanbul. His campaigns, mostly for global brands such as Unilever, Vodafone, Fiat and Allianz have been awarded at both local and international award shows. 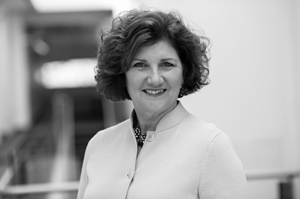 As certified design-thinking expert and facilitator, Christine focuses her practice around understanding the challenges that people face when trying to manage their financial priorities. Her team combines human centered design, data, technology and behavioral finance to create highly personalized communications that nudge participants to take the best action to achieve their goals.

Prior to joining Vanguard, Christine taught graphic design for over 20 years and served on the faculty at the University of Illinois at Chicago, Moore College of Art and Design, and the Delaware College of Art and Design. She continues to serve as a visiting critic and workshop facilitator at a number of colleges and universities offering workshops in design thinking and strategy. 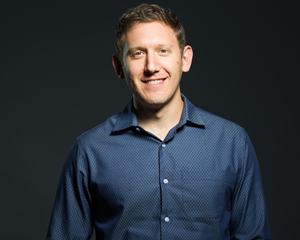 Josh is a digitally-native movement maker with a passion for storytelling and helping brands truly live their purpose. He has created, launched and re-launched global icons through innovative, cross-channel campaigns, and activated culture-defining movements through social, interactive experiences and cutting-edge technology. Josh’s unique ability to connect with audiences on a human level and drive positive change has earned him numerous accolades for creativity, communications, and storytelling within advertising and beyond. 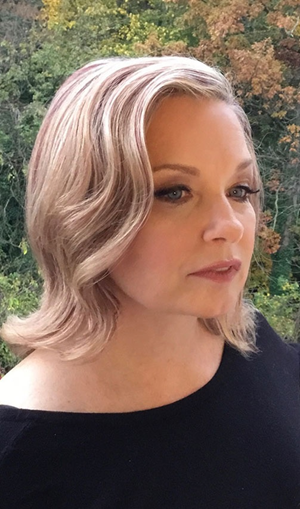 For the past 20 years, Liz has played a key role in developing strategically driven creative at Bank of America in the areas of small business, retail and employee banking, and sponsorship — most recently for Merrill and the Private Bank. World travel and a passion for causes help inspire Liz’s creativity. She was the lead art director for the Susan G. Komen for the Cure “Pink Banking” debit and credit card campaign, and her creative for the LGBT+ Merrill Outfest ad won an FCS Gold award, among others.

Earlier in her career, Liz’s love of advertising and design led to her managing every aspect of the Ad Club of DE Award show. She also taught visual communications at the Delaware College of Art and Design.

Liz, a graduate of Rhode Island School of Design, and her work have been recognized by several award shows, including the Art Directors Club of New York, FCS Portfolio Awards, Midas Awards and IHAF. 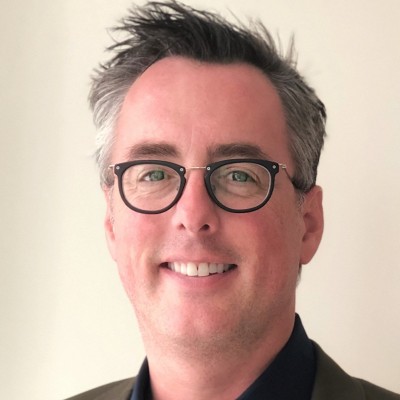 Rich Latour is the Global Head of Content at BlackRock. In this role, Rich manages the firm's overarching public-facing editorial content and distribution strategy that develops the firm's narratives and turns them into videos, podcasts and other social media assets. These stories seek to explain BlackRock's business to wider audiences by highlighting BlackRock's thought leadership on market trends, showcasing the firm's positive impact on society and positioning the firm as an employer of choice. Rich's team also oversee the firm's global paid media strategy, social media strategy and partnerships with external media companies such as CNN, Axios, The Atlantic and 60 Second Docs.

Prior to joining BlackRock, Rich spent 5 years as VP, Digital Content at Goldman Sachs, where he developed and led key, industry-leading content initiatives that helped bolster the firm's reputation in the years following the the financial crisis.

Rich also spent nearly two decades as a broadcast journalist at NBC News as a producer and senior producer at NBC Nightly News. During his time at NBC News, Rich produced a variety of stories all over the world, from Baghdad during the Iraq War to the 2006 Winter Olympic Games in Torino, Italy. Rich also worked at CNBC, where he was the executive producer of a daily show about personal finance. Rich is the recipient of 4 Emmy Awards and 2 Edward R Murrow Awards.

Rich grew up in Ottawa, Ontario. He graduated from McGill University and then received a Master's in journalism from Columbia University. He resides in Manhattan with his wife and three children. 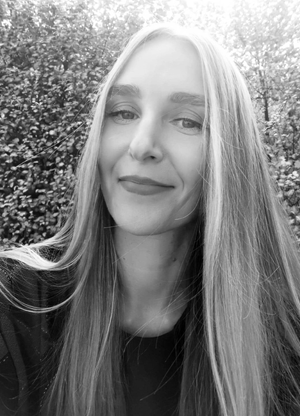 With over 15 years’ experience creating integrated work on both sides of the globe Patrycja has garnered creative and effectiveness awards including Cannes Lions, New York Festival, Eurobest, Clios and Effies, while working on clients including IKEA, Google, Volvo and most brands in your fridge, pantry, garage and medicine cabinet.

Patrycja is currently leading the creative department at one of Saatchi’s biggest European offices as Creative Director, focusing on work based on data and technology.

Patrycja finds it awkward writing about herself in the third person because it makes it sound as if she is dead. Luckily for some she is not and is honoured to be part of the New York festival jury 2021. 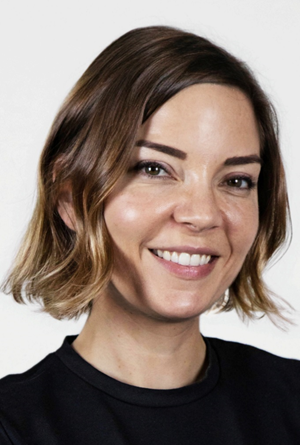 A skilled and highly effective strategist with nearly two decades’ experience, Sam spent eight years of her career working in financial services on two continents, during which she lead the consumer launch of the first iPhone App for banking in Australia. She has qualified as a financial advisor, but today provides a very different kind of advice for fintech and traditional banking clients in the navigation of unbundling trends and growing consumer expectations of the financial industry.

Sam is passionate about creating businesses which become legendary, consistently and sustainably setting the benchmark. Outside of work, she is fueling this obsession by undertaking her doctoral studies in business administration through a join programme with Fudan and Durham Universities.

Alfred is a multi-disciplinary creative with more than 20 years of experience on both regional and local brands across various categories.

His work is recognized for its creative excellence in major international award shows at the Effies, The One Show, D&AD, Cannes, Spikes Asia, Clios, LIA, ADFEST including NY Festivals.

Alfred holds a Master's Degree from Hyper Island. Outside the agency, he has served as an international juror and a member on the advisory board for Institutions of Higher Learning. His passion for inspiring the next generation of creative mind has kept him engaged with several programs, including The Crowbar Awards, an award show for emerging young talents.