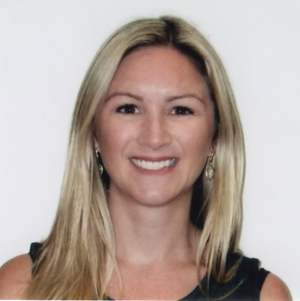 Head of Enterprise Marketing and Brand Cardinal Health
ABOUT

Previously, Kaydee was at Goldman Sachs for nearly 7 years where she headed digital marketing globally, including all paid media, social media and marketing analytics. She grew and innovated Goldman Sachs’ digital and social presences, driving engagement through paid media and content marketing which contributed to double-digit gains in the firm’s favorability. Kaydee’s team led the launch of Goldman Sachs’ Instagram and Facebook accounts as well as CEO and other executive social media accounts on Twitter, Instagram and the LinkedIn Influencer program. Kaydee’s work has won several awards from Midas, Digiday Content Marketing Awards, CSuite Digital Leadership Awards, NewsCred, and the Financial Communications Society.

Kaydee also worked at JPMorgan Chase for 10 years with her last role as Vice President, Digital and Social Strategy in the Digital Marketing Group. Some of the notable efforts she managed included the launch of the @ChaseforBiz Twitter handle, digital efforts for the 12-12-12 Concert for Sandy Relief, and the US Open digital activation for Chase.

Kaydee also worked in JPMorgan Chase’s Global Philanthropy group, where in 2009 she launched and led the company’s first presence on Facebook, Chase Community Giving, a crowd-sourced philanthropic program which donated over $30 million to thousands of charities. Prior to that, Kaydee held roles in Corporate Strategy, Government Relations and rotated in banking roles with the First Scholar Program.

Kaydee holds an MBA from The University of Chicago Booth School of Business and a BSFS in International Politics from Georgetown University. 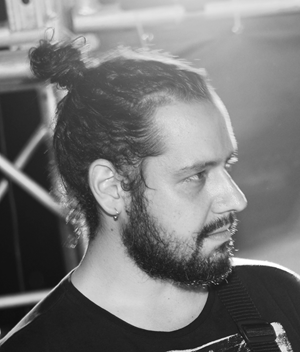 Augusto Correia, aka Jesus, is a senior creative art director, currently working at Grey Brasil. He believes advertising has only 2 ways to be relevant: being useful or being entertaining. With that in mind he was lucky enough to earn over 440 awards through the years, including Cannes Lions, D&AD, One Show, Clio Awards, Effie, New York Festivals, Webby Awards, FWA, Epica, El Ojo, Young Guns among others.

At Artplan, the biggest indenpendent agency in Brazil, he was key to raising the "digital creative" perception from 46th in 2011 to 7th in 2012.

He topped 1st place worldwide on Creative and Art Directors Rankings in Best Ads website for 2014 and was named "Newcomer of the Year" by Creative Pool for 2016.

At Grey, his work helped the agency to be the most Brazilian awarded agency at Cannes Lions for the second time in a row.

His work had several social impacts. The “What Family Means” project managed to change the meaning of the word "family" in dictionaries to help non-traditional familes to keep their rights. “Priceless Pets” helped more than 500 animals to get adopted in a year and became a bill to change the law. "Miles for the People" reverted to the people the air miles generated through politicians' air tickets paid with public money. And became a law. 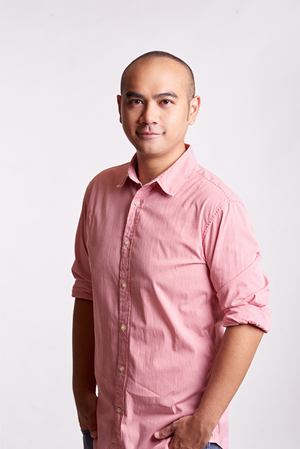 Head of User Experience OnePlus
ABOUT

Crayon is an award-winning user-experience designer and digital artist based in New York. His work is integrated from digital to physical with an international perspective. Crayon has worked in legendary companies such as SapientNitro, Ogilvy& Mather x IBM Design Lab, SONY Music Entertainment, and MTV. Currently Crayon is working at OnePlus smartphone as Head of User Experience to build global operation system.

As also a digital artist, Crayon held numbers of group and solo exhibition from east to west around the world. His work has been featured in Adobe Design Award, PromaxBDA, A Design Award, etc. Crayon is also Grand jury for New York Festival Advertising, The One Show, Midas Awards, UXPA and LongXi Creative Award. 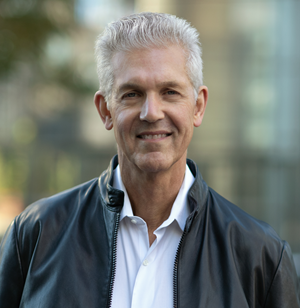 Bruce got his start in advertising by winning a copywriter contest. The job was writing direct mail for Ogilvy & Mather, but it wasn’t advertising. It was direct marketing. He stayed for three years, learning sales psychology and lessons in getting results that would eventually help him reach the top creative positions at Ammirati & Puris, Scali McCabe Sloves, Leo Burnett, Grey, Wunderman and OgilvyOne.

Bruce has spent his career in brand advertising and digital marketing. He horrified direct marketers by introducing creative based on ideas rather than tried-and-true formula; and made brand people nervous with work that looked like brand advertising yet asked for the order. With one foot in brand and the other in digital/direct, Bruce was doing integrated marketing years before it had a name.

In 2012, Bruce founded IPNY with partners who had a history of getting results. IPNY is a brand positioning and messaging company that grows clients bothcreatively and measurably.To date they have created brand launch campaigns for Dana-Farber Cancer Institute, WNET THIRTEEN, City of Hope Medical Center, Bluemercury, Fisher Investments, E*Trade, AstoriaBank,The Leukemia & Lymphoma Society, Weizmann Institute and the Alliance for Cancer Gene Therapy.

Over the years, Bruce has worked on blue chip brands in nearly every category, from

which he helped transform from a stumbling agency to the growth engine of Ogilvy & Mather. He was instrumental in the agency becoming the world’s most awarded direct and interactive agency, with multiple Gold, Silver and Best of Show awards. He served as Chairman of the OgilvyOne Worldwide Creative Council and for over a decade judged the agency’s worldwide creative product. 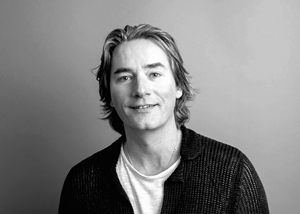 I’m a Scottish Art Director at AML Group, based at the Tea Building in London’s Shoreditch. I’ve worked on everything from integrated campaigns for some of the world’s foremost and long-established financial organisations to launch campaigns for nimble new FinTech startups. Whatever the client, every project has involved close teamwork with strategists and copywriters to bring (often award-winning) work to life.

As well as gaining international recognition during the US elections for my #DontTrump poster (which may have landed me on any number of no-fly lists) I’ve been involved with all manner of work – from BAFTA nominees to BTEC ambassadors, The Wellcome Trust to the the Women’s Boat Race, London Film Festival to Lemmy. Yes, Lemmy.

I'm currently a top-5 ranked global creative on CreativePool – who I also write for – as well as having had articles published in renowned publications such as Eye Magazine and Grafik. Additionally, I'm a self-confessed typography afficianado, with my Typechap site dedicated to unearthing vernacular lettering oddities from around the world. 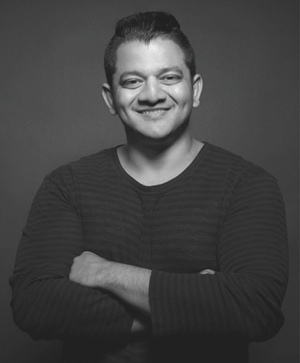 Born ‘84, Tahaab’s first word was "Astronaut". In ‘94, he watched a movie that changed his life: Forrest Gump. It taught him how to make an ordinary life, legendary. Just like Baby’s Day Out. In ‘97, he met Mr. Adolescence with a myriad of regrettable haircuts.

Today, based in Dubai, he heads strategy, data, intelligence and creative effectiveness for FP7 McCann across the MENAT region, and he is part of the Strategy ExCo for McCann Worldgroup globally.

He has won 470+ regional and global awards across Cannes, Effies, NYF, D&AD, Andy's, Clios, Midas, Warc, Lynx, One Show, among others, including a record of 180+ Effies. He is the most awarded strategist in the MENAT region

His strategic leadership has been integral to FP7 McCann from MENAT, being ranked the Most Effective Agency globally in 2016 in the Global Effie Index (a first for the region). He has also driven efforts that have won FP7 the Effie Agency and Network of the Year, for 7 years consecutively, from 2013 to 2018. He is the first MENA juror on the Global Effie and 4A’s Jay Chiat stages, and is the first winner from MENAT of a Global Effie. In 2019, he has led FP7 McCann to being the most awarded agency for strategy, globally.

As an industry thought-leader, he speaks on international (including Cannes Lions) and regional stages and also, acts as a creative mentor for young marketers, advertisers and start-ups on all things to do with creativity and marketing in the new-age. He is also an award-winning ad film director and song writer.

He loves playing with creative technologies and gaming, he enjoys learning from movies, and expresses himself through photography and poetry. He also runs his own sports-tech start-up and an NGO. 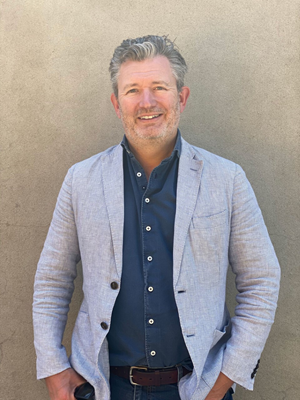 Creative Partner The Dylan Agency
ABOUT

He has worked across three continents. Won over 300 Awards. Part of the B&T Agency of the Decade team. The first Australian awarded the Irving Wunderman Award for lifetime achievement at the 30th Caples Award Show. In the same year, he was also named Australian Direct Marketer of the Year. Every day is just a gift to keep doing interesting stuff. 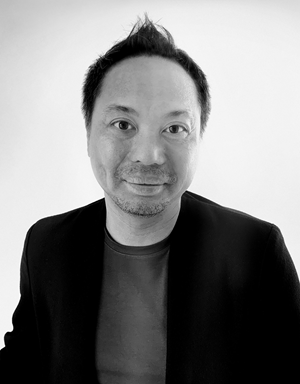 Alfred is a multi-disciplinary creative with more than 20 years of experience on both regional and local brands across various categories.

His work is recognized for its creative excellence in major international award shows at the Effies, The One Show, D&AD, Cannes, Spikes Asia, Clios, LIA, ADFEST including NY Festivals.

Alfred holds a Master's Degree from Hyper Island. Outside the agency, he has served as an international juror and a member on the advisory board for Institutions of Higher Learning. His passion for inspiring the next generation of creative mind has kept him engaged with several programs, including The Crowbar Awards, an award show for emerging young talents.