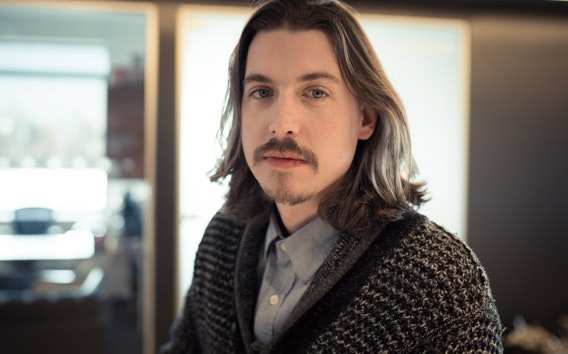 As an award-winning multidisciplinary producer, Jesse built a career on traditional advertising done in nontraditional ways. He produced some of the earliest award-winning viral films for Ray-Ban, Adidas and Motorola. At Droga5, Jesse leads campaigns for clients including Under Armour, Google, Johnsonville and the highly regarded Hennessy V.S.O.P film “Harmony. Mastered from Chaos.” 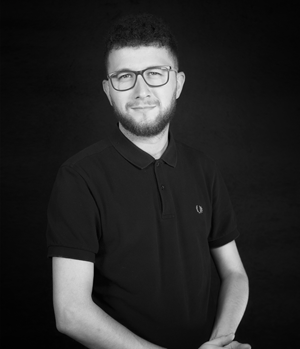 In his 10 years of advertising experience, Adam has worked with the likes of BBC, FedEX, Guinness, Sony Playstation and many more global brands creating engaging film, animation and creative technology experiences.

For the last 5 years, he’s headed up UK based content specialists Trunk, in this time Adam and the team have won countless international awards for their work. He’s a great believer that we shouldn’t be advertising towards our audience, we should be giving them experiences to remember. 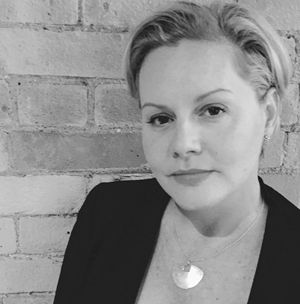 Sonja Davies, President of JAXX  joined the team in the fall of 2019.

JAXX is an animation, design, and post production studio that creates content for long form series work, commercials, documentaries, features, and AR experiences across all platforms.

Under Sonja's leadership, JAXX has partnered with some of the top industry leaders across North America to deliver innovative content for clients including
Warner Music Group, Frantic Films, Blue Ant Media, John Street Agency, Entertainment One, Insight Productions to name a few.

Sonja’s early career was spent shaping the visual identities of many of North America’s top broadcast networks including APTN, CBC Kids, and TLN at Loopmedia. This work informed the development and growth of Loopmedia’s Branding and Design Group, unequivocally  the company’s core creative competency. She sold the company in 2014 and continued in her role as President of the company until the summer of 2019.

Sonja’s ability to effectively articulate a narrative continues to inspire everything that she does, making her the formidable content creator that she is.

JAXX - a creative house, is located in Toronto, Ontario Canada. 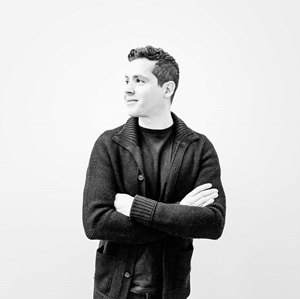 An Emmy-winning film producer, Diego has produced award-winning work such as the wildly successful “Love Has No Labels” short film for The Ad Council and the 4-part “Hear What You Want” film series for Beats by Dre.

Diego has also helmed work that has gone on to win Grand CLIOs, Grand Prix at Cannes Lions, and accolades at the One Show, Webbies, NY Festivals, and more.

Prior to his work at R/GA, Diego led various video, digital and integrated campaigns for brands including Kia Motors, NFL, California Lottery, Toyota, T-Mobile and the US Army.

Outside of work, Diego is a huge film buff and his passions include travel, swimming, board games and spending time with his dog ‘Ducky’. 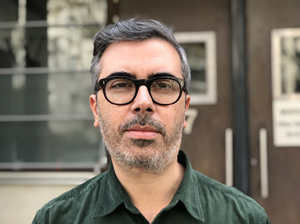 CCO VMLY&R SPAIN
STARTING MAR 2020
Based in Madrid, but also working for Barcelona.

ECD EMEA REDFUSE VMLY&R PARIS
JAN 2017 – FEB 2020
I’ve worked for all Colgate-Palmolive brands across the region. The highlights were leading the first equity campaign for Colgate, that helped reposition the brand, and having work celebrated in Cannes.

CCO&PARTNER LEW’LARA\TBWA BRAZIL
MAR 2004 – AUG 2015
This place was my home for 11 years.
I’ve started as a Copywriter and left as Partner&CCO.
Member of TBWA Global Creative Council.
We’ve made history for Nissan, including one of the most famous campaigns of all times in Brazil, Nissan “Damn Ponies”. The list of clients I’ve been lucky enough to work with is: Nissan, Gatorade, VISA, Real ABN AMRO BANK, Adidas, Banco do Brasil, Schincariol Brewery, Natura, TIM (Telefonica Italia Mobile), Timberland, Vale, Sebrae, Cacau Show, among others.
I’ve led both São Paulo and Brasília offices. A total of 250 people. Around 70 creatives.

DM9DDB BRAZIL
JAN 2000 – JUL 2003
This was a magical place at this time and have formed a legion of great creatives.
I was a CW working for Telefonica, Honda Motors, TAM Airlines, AB InBev, Itaú Bank, MASP Museum.

SOME INTERNATIONAL AWARDS AND JURIES 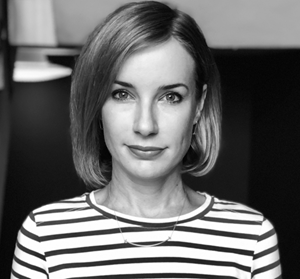 Erica is a passionate creative producer who has worked in post production and production industries for 18 years in the UK and Australia.

Specialising in animation and VFX, she has produced award winning-projects for global clients, including Woolmark, VW, Nike, Cadbury, Adidas and Campari.  Erica has been with BUCK since it opened its doors in Sydney in 2015, helping build the Australian arm of BUCK and leading the studio through its first years in the Asia Pacific market. 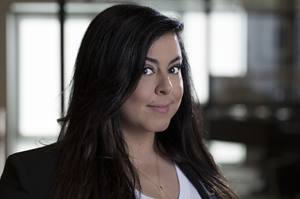 In 2000, Sandy began her career in the entertainment business working at Quentin Tarantino’s content company “A Band Apart” alongside some of the most talented commercial and feature storytellers working in the industry.   In 2013 Sandy founded CHROMISTA alongside partners Darren Aronofsky, Scott Franklin and Ted Robbins.

During her next decade in advertising Sandy functioned both as Executive Producer and Head of Production at various other top level production companies, producing national and international commercials, short films, web series and music videos.  Her campaigns have been recognized internationally by the Cannes Lions, the Clios, the One Show and the AICP Awards. 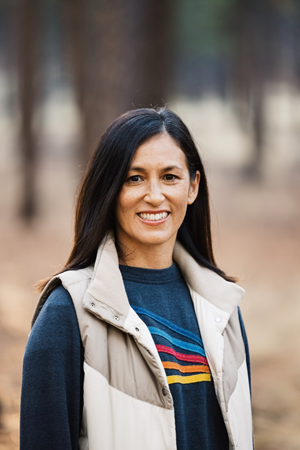 In her 20 years working at top studios for animation, VFX and immersive, Luisa has helped redefine what is possible in the world of commercials and entertainment for some of the world’s biggest brands, including Apple, Google, Microsoft, and Amazon.

Luisa has a reputation as a proven team leader, problem solver and creative thinker, comfortable leading teams both small and large to deliver exciting content in a variety of mediums.  She specializes in creative problem solving and loves the challenge of tackling new mediums.

Luisa joined BUCK after working as an Executive Producer at Nexus Studios, AR/VR-focused production company Here Be Dragons and a long stretch as EP at multi-disciplinary studio Psyop. Her work has been recognized by the AICP, VES, Ciclope and a Grand Prix at Cannes. 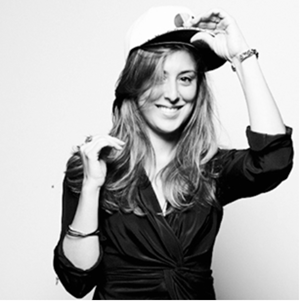 Tatiana has worked with a wide range of agencies and brands throughout her accomplished career as Executive Producer at Greenpoint Pictures— from award-winning campaigns for athletic brands like Dick's Sporting Goods, to tech giants like Microsoft and Google, and digital publishing pioneers like Vice. She truly enjoys helping her creative team tell their stories, finding creative solutions and navigating through production challenges. Tatiana has been a part of the Greenpoint team since 2010 and played a pivotal role in the company’s growth, implementing her years of experience producing in the field. By establishing an internship program that allows young creatives to explore their voice and always having her finger on the pulse when it comes to finding new directors, she has earned a reputation for curating and championing new talent. 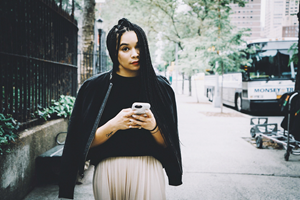 Mel is a VP Executive Producer at McCann NY. She has worked with a long list of clients, with Verizon, L’Oréal, Microsoft, and Coca-Cola being some of the most notable. Her produced work features high-profile talent like Blake Lively, Freida Pinto, Lea Michele, Maurice Harris, Jorge Gutierrez, Melissa Arnot, Sandra Equihua, and Zoe Saldana, to name a few. Entertainment Weekly called her most recent project with Microsoft as one of the top holiday ads in 2020.

Along with being a producer at McCann, Mel is also the co-chair and founder of McCann Q, the company's LGBTQIA resource group. The group enabled the agency to spearhead excellent work like Mastercard's “True Name,” "Acceptance Street," and Verizon's “Love Calls Back.”

Mel takes pride in creating meaningful, inclusive work and maintaining an inclusive environment not only on set but throughout the work and its entirety. Her upbringing and education at NYU were heavily influenced by TV and film and sees the industry to effect change and make powerful and valid social statements. 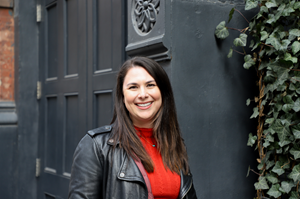 Clairellen Wallin is an Executive Producer for The Mill New York. With over a decade worth of experience in the advertising industry, Clairellen has a vast understanding of VFX and production pipelines and has worked on some of New York’s highest profile projects.

Working closely with award winning agencies and directors, her experiences range across automotive to fully CG characters. Clairellen works closely with Wieden + Kennedy and other high profile NY agencies, most recently collaborating on Ford ‘Family.’ Some of her other notable projects include: VW ‘Wheel’, Mountain Dew ‘Domination is Beautiful’ and Monster.com ‘Opportunity Roars’, where she worked with MJZ to bring back the 100% CG photo-real monster which was nominated for a VES award.